It was the most hated vegetable in America, according to a 2008 Heinz study. But this cruciferous veggie deserves your love and attention thanks to its numerous health benefits and untapped kitchen potential. So give it a chance and cook with Brussels sprouts. ASAP!

They have more vitamin C than oranges, per serving. They’re rich in vitamin K, which does wonders for your blood. And yet… People seem to hate it and it appears it would have something to do with that awful smell that is sometimes emanated when cooking the tiny bulbs of health and nutrients. But despite that, it’s time to learn to cook with Brussels sprouts! No excuses. 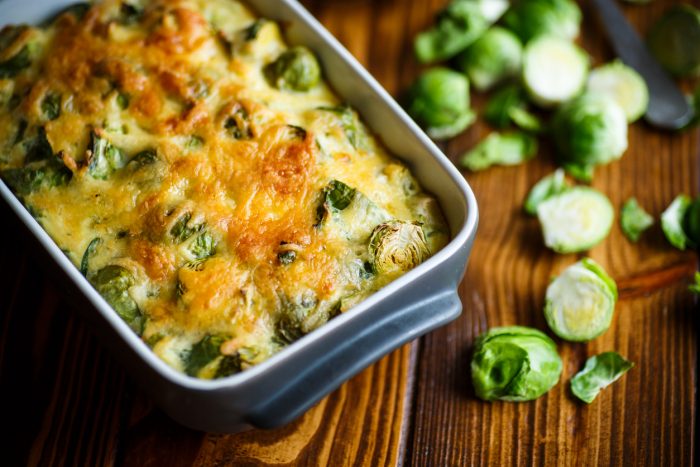 Bake your Brussels sprouts with cheese and you’ll learn to love this cruciferous veggie.

Or so they say. Legend says that our favorite royals, William and Kate, both ate Brussels sprouts while trying to conceive. And now they’re on their third pregnancy! The cruciferous veggies are indeed very rich in folic acid and something called DIM, which helps metabolize estrogen. This actually helps both men and women in their reproductive functions. And Brussels sprouts don’t only help with conception, but also with the carrying to term of the pregnancy, all the while reducing the appearance of birth defects and reducing the risk of miscarriage.

Shocking, isn’t it? But the fact is that an ounce of cooked Brussels sprouts accounts for 29 percent of the daily recommended value of vitamin C. And the figure is even higher when the veggie is raw. But the same quantity in an orange accounts for 25 percent of the recommended daily value. Vitamin C keeps your skin and blood vessels healthy. And it helps your body absorb iron from foods. So here’s an idea for you: combine your Brussels sprouts with foods rich in iron like spinach, mussels or oysters, tofu, or beans.

You should also mix Brussels sprouts with foods that contain vitamin E because it works in synergy with vitamin C. So try adding something like nuts and seeds, avocado, paprika powder or fatty fish to your Brussels sprouts.

A serving of Brussels sprouts has more vitamin C than citrus fruit.

3. Fighting cancer every step of the way

Move over broccoli as a cancer-fighting superhero! According to a study published in the journal Acta Horticulturae in 2010, Brussels sprouts, the dreaded sister of broccoli has an even higher content of glucosinolates, that compound which is known to be fighting certain types of cancer and preventing them, of course.

Or at least tolerate! Ever wondered why Brussels sprouts carry the name of a Belgian city? Well, because the varieties you can eat now were first cultivated in Belgium. But the veggie has been around in other forms for over 2.500 years when they were apparently consumed by Greeks and Romans. Now wasn’t that indeed brief? 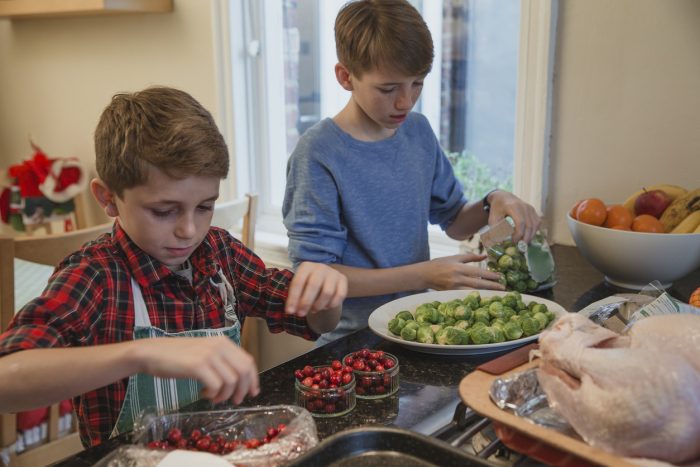 Your child will learn to love Brussels sprouts if you get them involved.

But still, why are Brussels sprouts so foul-smelling?

Well, there are two reasons. One of them is chemical, and the other is procedural. Brussels sprouts emanate that smell when cooked because they’re rich in sulfur and they can end up stinking like rotten eggs. But the other reason is: you’re cooking them wrong! The idea here is that Brussels sprouts will only smell horrible when they’re overcooked. And the solution is simple: make sure you don’t.

If you want to do that, then try blanching them. The technique is not very complicated and it doesn’t take up much time. Your goal is to end up with light green Brussels sprouts, tender when pierced with a fork. If you end up with grey veggies that smell, you’re past the point of no return.

Prepping to cook with Brussels sprouts

You can buy them either fresh – and get them as fresh as possible – or you can buy them frozen but it’s harder to control the cooking process so that they don’t overcook. Pick the green buds with no yellow leaves. You can also get some with a bit of purple hue. The leaves should be tight with white bases. You can buy them individually or on a stalk, they’re even fresher in the latter form. Use them very soon after you buy them.

Once home, rinse them in cool water, cut a small portion of the base with a knife and remove a few outer leaves, especially if they’re torn. 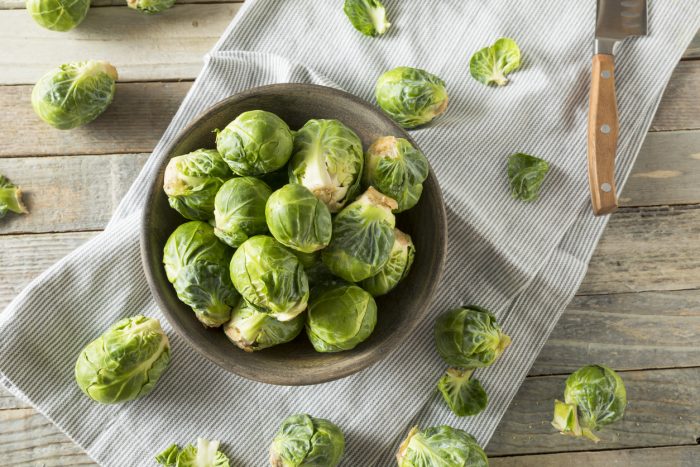 You should buy your Brussels sprouts as fresh as possible.

How to cook with Brussels sprouts, though?

First of all, you can actually eat them raw. Remember that they have even more vitamin C when raw? Well, you can slice them thinly and add them to a green leafy salad with green onion and spinach. Or you can use them in a coleslaw.

Now let’s talk actual cooking with heat. You can make a really nice baking sheet with veggies including Brussels sprouts, cauliflower, broccoli, and eggplant. Drizzle some olive oil, seasoning, and some spices and you’re good to go.

Other than blanching, you can also steam them and pan-fry them, but all the while keeping an eye on them so that they don’t overcook. Use them in pasta, even on pizza! And try to mix in what we’ve talked about earlier: foods rich in iron and vitamin E, like roasted nuts, seeds, and chicken liver, for instance. Make them a wonderful side dish next to a nice cut of salmon. Mix some fried bacon in there, even some new roasted potatoes. Cook them and add them on rice, with some meat or fish. The wok is your friend. 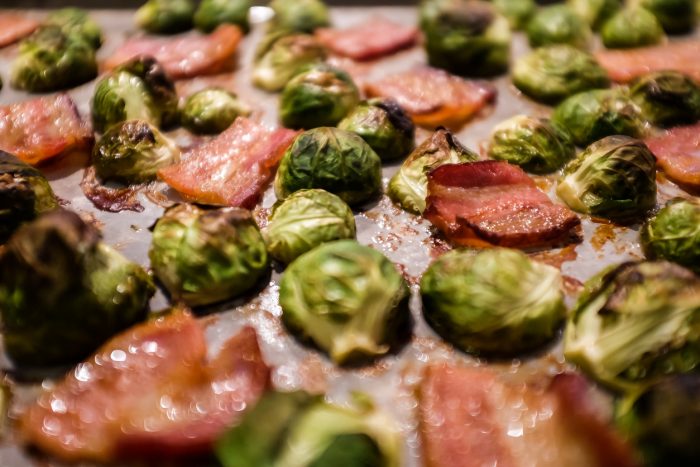 Give your Brussels sprouts the perfect companion: tasty, crunchy bacon.

Are you looking for a job?
Try here: uk.jooble.org.

Pepsico’s Newest Beverage Is Supposed to Help You Sleep Better

Improve Your Bain-Marie Skills in the Sweetest Possible Way

What Is the Dopamine Diet? Does It Make You Happier? 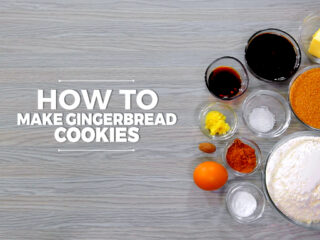 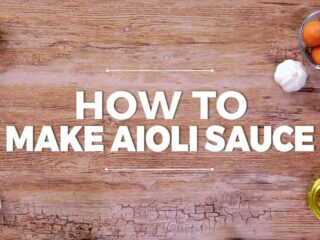 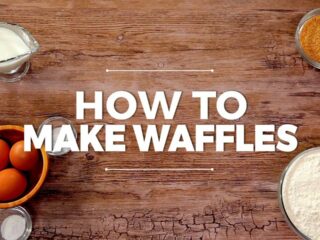