In 2017, 400 million fewer animals were killed for meat production than in 2007. That marks a 10% reduction in per capita meat consumption during the past decade. As meat alternatives have become tastier and more comparable to real meat, more people are open to going vegan for a meal or two. The plant-based diet, once on the fringes of American consumption habits, is now part of the daily discussion of what and how we eat. While we live in a world that’s continually searching for the next health craze, more and more people are finding that one of the more beneficial lifestyles has been right in front of them for decades. But what makes the vegan diet so appealing that everybody from Jay-Z to Kyrie Irving is dabbling in it?

The IMPOSSIBLE BURGER is a plant-based, entirely vegan burger…but when ordered medium rare, it actually BLEEDS. A must try:

For some, it’s the fact that the vegan diet has become much more appealing as plant-based innovation constantly reaches new levels of deliciousness. No single product is a better example of that than the Impossible Burger, the plant-based, “bloody patty” from Impossible Foods. Over the past couple of years, the burger’s been introduced to the world through fast food chains, restaurants, and chefs known for their carnivorous creations, not their vegan food. 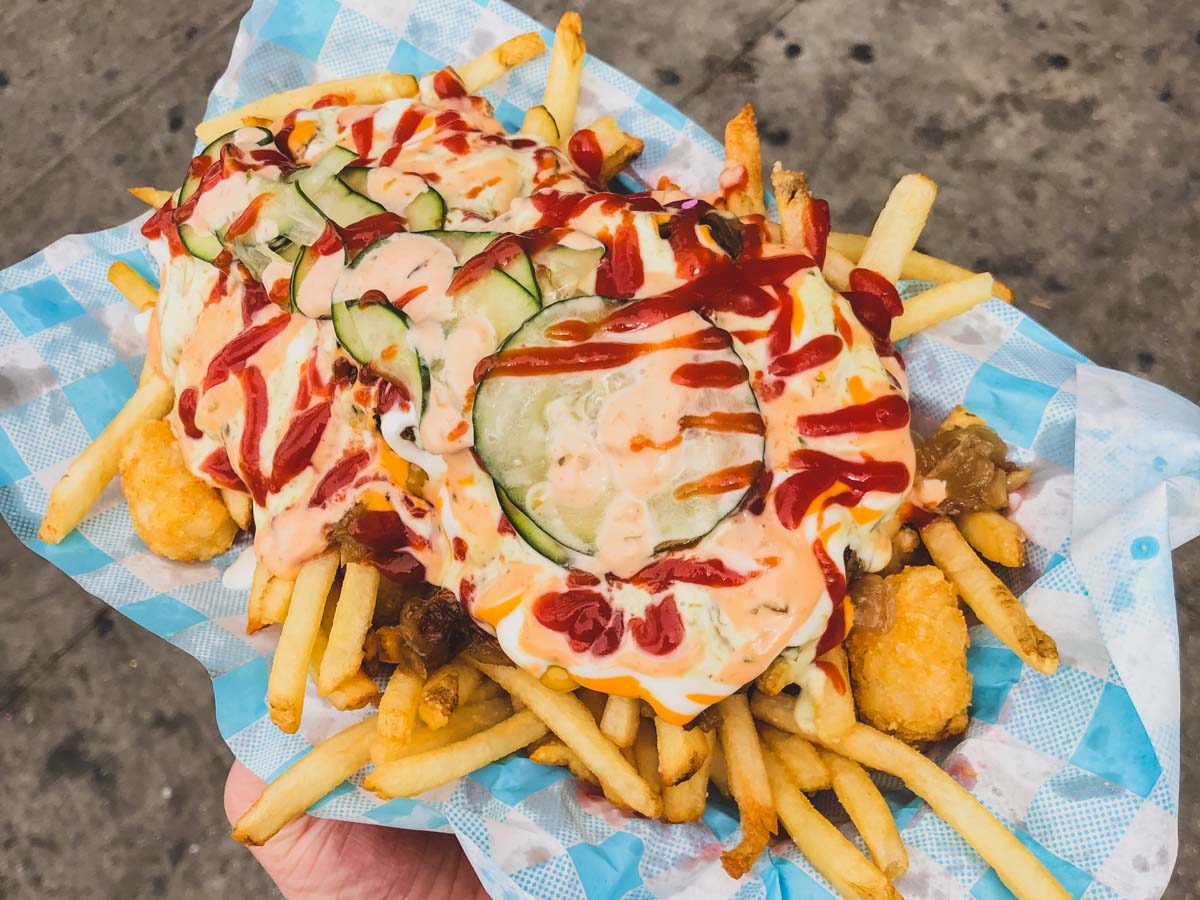 This includes Monty’s Good Burger, a restaurant rewriting the rules of traditional burger havens like In-N-Out and showing that a plant-based burger can thrive amongst them. Umami Burger, one of the first to adopt the Impossible Patty, has gone on to see nearly 20% of its sales come from the vegan substitute. Even chains like White Castle and Fatburger have hopped on the early hype train and found widespread success with their alternative burgers.

Impossible Foods has built on this success to launch a second version of their vegan patty. Called the Impossible Burger 2.0, it’s an even better replica to ground beef that can stand up to grills and stews as well as a standard flat top griddle, extending its applications to more than just a burger.

Because the Impossible Burger 2.0 almost perfectly mimics the taste of ground beef, restaurants across the country substitute it for a vegan counterpart to their standard burger offerings. It’s a product targeted for the meat lovers, not the meat haters, but both are finding it to be incredibly delicious.

It’s not just ground beef that Impossible Foods can replicate, however. COO David Lee told Foodbeast that the company also has the technology for “Impossible” dairy, chicken, and fish, all of which the company expects to debut in the very near future.

You’ve probably seen the billboards all over London hyping the return of this bad boy. Come eat it vegan instead, it’ll be on the secret menu until further notice…

While Impossible Foods makes the most headlines of all vegan food businesses, it is merely leading the charge in an increasingly revolutionary industry. From plant-based butchers to nut and protein-packed “milks,” just about every animal and animal product out there has a comparable vegan substitute today. Plant-based seafood is being perfected by businesses like New Wave Foods, while Follow Your Heart and Miyoko’s Kitchen are well known for their ooze-worthy cheesy substitutes. Even junk food items, like fried chicken at KFC and the Temple of Seitan in London, are getting a scrumptious plant-based upgrade.

A lot of this innovation stems from a desire for vegan food that satiates as much as it provides health benefits. Too often, the stereotype is that vegans eat “rabbit food,” or just pure veggies that are seen as lacking in flavor or indulgence. Today’s plant-based food scene is the exact opposite of that, as many of the plant-based creations prevalent today are based on indulgence. Whether it be vegan cheeses, “meats,” or spreads of plant-based desserts, the proof is there that you can still treat yourself while avoiding eating animals.

All of these items make it incredibly easy to go vegan since you can still enjoy many of the foods you’d be restricting yourself from otherwise. As such, it’s made it pretty easy for more people, including celebrities and especially athletes, to switch to this lifestyle.

From the athletic perspective, adopting a vegan diet, whether whole or in part, has the appeal of helping to cut weight and increase energy. A massive expose from SB Nationrevealed the plant-based dietary habits of some of the NBA’s top talent. All-Star players like Kyrie Irving and Damian Lillard have shed weight in the summer offseason after switching to a vegan lifestyle, and both have performed at superstar levels this season. For Irving, he attributed his dietary change to an increase in energy and level of play in a postgame interview with ESPN’s Chauncey Billups.

“[My] energy is up, my body feels amazing. Just understanding what the diet is like for me and what’s beneficial for me for having the highest energy out here and being able to sustain it at a very high level.”

Damian Lillard cut 10 pounds by going vegan, which he says has helped keep the pressure off of his joints and feet. He told OregonLive Sports that so far, it’s really paid off.

“Getting older and you don’t want to let that age sneak up on you where you just get in the habit of eating whatever you want to eat because I know I’m gonna burn it off when it’s time to play… I feel much better. I thought it was all hype. I thought people just said it just because it was a healthier food but I can feel it. I can definitely feel it.”

The plant-based athlete movement has grown far beyond the reaches of basketball. In 2019, vegan meat powerhouse Beyond Meat had up to a dozen high-profile athletes across several sports as brand ambassadors and investors. This includes Irving, Shaquille O’Neal, superstar football wide receiver DeAndre Hopkins, Olympic skier Lindsay Vonn, and snowboarding legend Shaun White.

On the celebrity end, Jay-Z and Beyonce are proving that veganism is going mainstream. Their recent intro in the book The Greenprint: Plant-Based Diet, Best Body, Better World encourages folks to give the lifestyle a try. The book, written by Beyonce’s trainer Marco Borges, is itself an outline of how simple it is to switch to plant-based, with The Greenprint giving the general public a blueprint on how to move to the diet and its many benefits. If Bey & Jay are encouraging everyone to give something a shot, you know that the movement has made it big time, and this book is definite proof of that.

Through this widespread growth of public figures supporting plant-based lifestyles, the industry’s growth itself has skyrocketed, with more and more general consumers willing to consume it on a weekly basis.

Vegan food has proliferated so much in today’s culture that even major players in the food industry are introducing plant-based products. For the first time ever, McDonald’s introduced a McVegan burger that caters to the increasingly popular lifestyle. While it’s only in Finland and Sweden for now, it gained international recognition because of how unprecedented it was. Never before had a chain the size and scale of McDonald’s created an item solely for vegans. Since the McVegan was announced, other major chains, including White Castle and KFC as mentioned previously, have debuted or begun experimenting with their own plant-based options.

In the case of White Castle, they’ve teamed up with Impossible Foods to bring a plant-based slider to all of their locations nationwide. KFC created a vegan fried chicken as a test for the UK area, and Carl’s Jr. got in on the fun with their own incarnation of a Beyond Burger to kick off 2019. Even Pizza Hut has developed their own vegan cheese and vegan jackfruit pizzas, both of which debuted over the past year in the UK.

McDonald’s isn’t the only food industry titan to recognize the plant-based game. Tyson Foods has an investment stake in fast-growing Beyond Meat, and Nestle has officially declared it a “leading trend” in the future of food, with their own version of a plant-based burger coming some time this year. It goes to show not just how powerful and widespread veganism has become in this day and age, but the power it’ll have in the ages to come.

Going vegan clearly isn’t the borderline fad that it used to be. With everyone from professional athletes to major fast food chains incorporating the diet, plant-based has evolved into one of the major diets in the country. With the world moving towards a future where the meat-centric Western diet will become unsustainable, veganism’s emergence may even have a greater importance soon than just being a diet that today’s most popular celebs are converting to.

Disneyland Is Home to This GIANT Pickle-Wrapped Corn Dog

9 Kitchen Gadgets to Save Food

Wolfgang Puck Talks to Us About Culinary Innovation and Career Longevity

Burn That Sugar With These Blowtorch Recipes